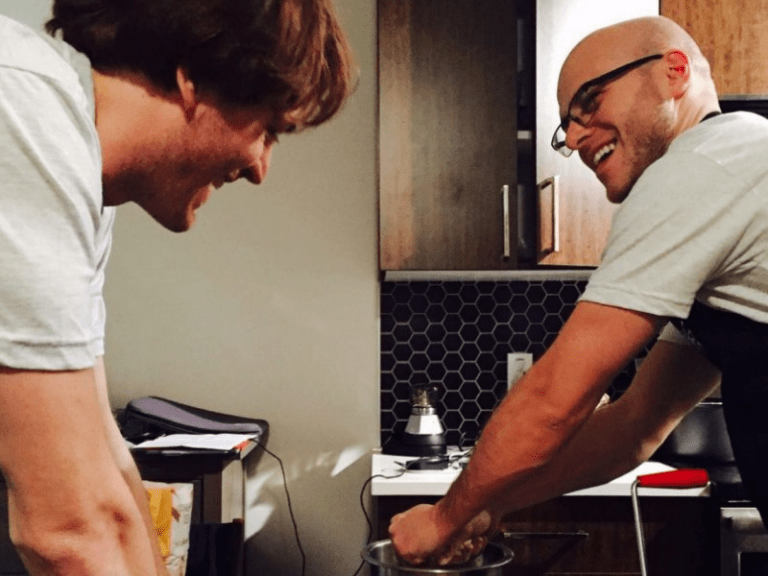 The idea of an Italian casual chain based on pasta came to us almost four years ago in Sydney. Davide and I, both tired of having sandwiches or Asian food for lunch, identified what was missing - Pasta!  After toying with the idea for over a year, we came up with a plan: we would open in Melbourne in Australia soon after finishing my PhD! However, after a year we decided that San Francisco would be a bigger market and also a possibility to realize the California dream. I had to convince Janet, my wife, that it would be great to live in California!

In November 2015, we carefully re-evaluated the location of our first store, considering only the business side of the decision without getting influenced by personal preferences. Among the different USA hubs considered, the city of Seattle emerged as the clear winner.

I had to convince Janet again! This time it took a little bit longer, but what a great wife I have, in about a week she was supportive and ready to go, again! Then, my thoughts were that we had not even started the company yet and we were already experiencing many ups and downs. I now know that those were only a harbingers of what was laid ahead of us.

Starting a company and investing every resource that you have is a big decision. Having to change continent and uprooting your family has I had adds just a little bit more "excitement" to the whole process. The path itself is an emotional roller coaster. One day you are happy, confident and optimistic. On other days, you are completely uncertain and overwhelmed and it takes a great will and effort to bring yourself out of that emotional state. Emails and phone calls become the judges of your emotional swings. You wake up in the middle of the night to check your emails for the seller's signature on the purchase offer you sent. You obsessively control your phone to see if the architect, the lawyer, the real estate agent, the advisors, the immigration lawyer, the Embassy.. called you for that update that you are longing for. It is very though, you even hear your phone ringing when no one is calling you!

We have had many bad news in these years as well as some good one. Bad news hit you like a stone in the head, they leave you stunned. You stand there, like in a coma,  unable to react for a few minutes until you rationalize what has happened. Then you realize that you need to react and you find the strength to fight back. You frame the problem, and quickly find a solution. It drains your physical energy and your soul. The good news are sadly not as powerful. They are just small achievements in comparison to the big picture. In the end, you need to believe in what you are doing and believe in yourself like never before. You can find the support of your loved ones, but the truth is that you are fighting with yourself and with your own emotions. You dream during the day; your venture becomes your dream and you no longer dream at night. If you are lucky, at night, you get good ideas that wake you up but rarely do you have sweet dream.

For those of you out there that are deciding whether to start your own company, I can only say - go for it! Enjoy the roller coaster ride! After all, the worst thing that could happen is that you learned the biggest and best lesson of your life.

We bring authentic Italian cuisine with no compromises. Fresh, local and affordable!

LOCATIONS
ALLERGEN FACTSTERM OF USE